Screen Readers and CSS: Are We Going Out of Style (and into Content)?

You are here: Home > Blog > Screen Readers and CSS: Are We Going Out of Style (and into Content)?

Developers often ask how various CSS declarations translate to the screen reader experience. Properties that are strictly visual – such as color, border, font, margin, padding – are transparent, but what about those that inject content, like ::before and ::after? What about properties that communicate meaning, like list-style and line-through? And then there are those that visually position or crop content, like clip, position, display, overflow, height, width, visibility… the list goes on. We all know that using CSS to generate content is bad, just as we all know that we should never ever exceed the speed limit. It happens.

Earlier this year, three colleagues and I tested and documented the behavior of some widely-used CSS declarations in screen readers, leaving the screen reader user settings at their defaults. We reported our findings at AccessU 2017 and will present again, with some new material added, at Accessing Higher Ground.

In addition to myself, our team included CB Averitt and Steve Sawczyn of Deque, and Birkir Gunnarsson. We tested the following screen reader-browser pairings:

It’s tempting to assert that if you do x, “the screen reader” will announce y. Sometimes it really is just that simple, but in a surprising number of situations, it just isn’t that absolute. For example:

DOM order is everything.

One of the consistencies we found is that, regardless of CSS position, content is read in the order that it appears in the DOM. For example, appending a <div> to the end of the <body> and then using position:absolute to boost it to the top of the viewport will not change the reading order in the screen reader – it will still come last (and in this case, we can safely say “the” screen reader).

Containers are only visual.

Many CSS properties are available to apply dimensions to containers – height, width, max-height, max-width, clip – and overflow and text-overflow determine whether and how content exceeding the bounds of the container are rendered. Across all of our test pairings, all of these are transparent to screen readers. Regardless of the content being clipped out visually, or obscured by overflow:hidden, the screen reader will announce all content in the container. Even opacity:0 has no effect in the screen reader environment; the content is announced nonetheless.

The moral of the story

All of this really highlighted the value of accessibility-minded development and pre-launch testing – in a wide variety of browser-screen reader combinations – to ensure that all website visitors enjoy a consistent, equivalent experience.

This is just a brief overview of our findings. For details, please check us out at Accessing Higher Ground in Westminster, Colorado on Friday, November 17, 2017 or contact john@webaim.org. 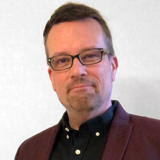